At least one dead in Canada train explosion 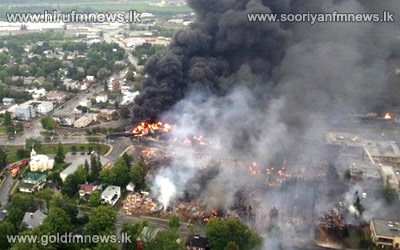 Police say at least one person has died after a driverless train carrying light crude oil exploded in the Canadian town of Lac-Megantic.

The blast sent a fireball and black smoke into the air, forcing the evacuation of 1,000 people.

Dozens of buildings were destroyed in the town, about 250km east of Montreal.

The train's cars reportedly uncoupled from a parked engine and derailed early on Saturday.