All parties should participate in PSC; Minister Basil 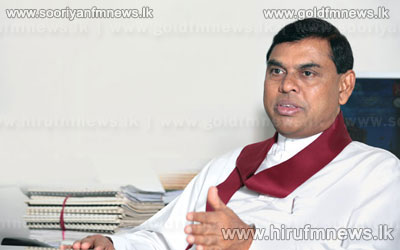 Hence much attention was drawn towards Minister Basil Rajapaksa’s recent visit to India.

Sri Lanka had informed the Indian government that a decision regarding the provincial council system will be taken according to the outcome of the Parliamentary Select Committee.

Minister Basil Rajapaksa speaking in Colombo yesterday stated that the support of all political parties was needed for this task.

However, the Tamil National Alliance recently stated that they would not participate in the Parliamentary select committee.

Journalists questioned Minister Basil Rajapaksa yesterday if the government would fold back the amendments introduced to the 13th amendment and this was the Ministers response.