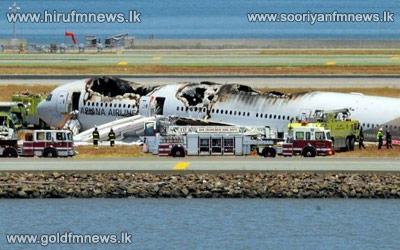 Pictures posted on Twitter showed passengers jumping down the inflatable emergency slides and leaving the area, as plumes of smoke rise from the plane.

Fire fighters and rescue teams are at the scene of the downed Asiana Airlines Flight 214, which had taken off from South Korea's capital, Seoul.

Early indications suggest the plane came in too short and hit the seawall at the airport.