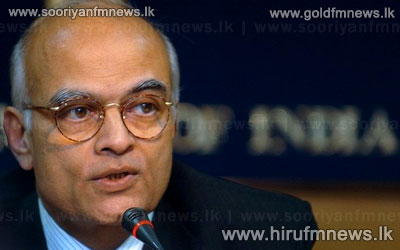 India’s National Advisor on Security Shiv Shankar Menon is due to arrive in Sri Lanka next week.

It is reported that Menon is due to engage in triparty discussions on maritime security concerning Sri Lanka, India & the Maldives.

Prior to Menons visit Minister of Economic Development Basil Rajapaksa engaged in a tour of India as a special envoy of President Mahinda Rajapaksa.

These discussions had also touched on the topics of the Northern polls as well as the 13th amendment to the constitution.

India’s National Security adviser Shiv Shankar Menon will arrive in the island based on an invitation extended to him by the islands External Affairs Ministry.

Menon according to the latest speculations is believed to touch on issues pertaining to the country’s controversial 13th amendment.