Suspect held in connection to the Buddha Gaya blasts. 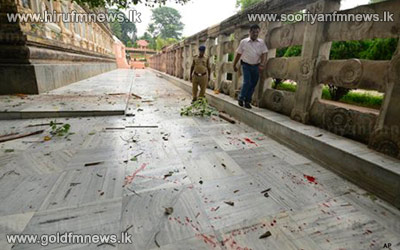 The Special Task Force of the Kolkata Police is looking into whether a man held late on Saturday evening and suspected to have links with the banned terrorist outfit, the Indian Mujahideen, is involved in the Bodh Gaya serial blasts.

Anwar Hussain Mullick was arrested from a bus stop in the heart of the city with explosives and fake Indian currency notes.

He is a resident of Chapra in West Bengal’s Nadia district bordering Bangladesh. He has been remanded in police custody till July 20th.