PSC to convene for the first time tomorrow without opposition members 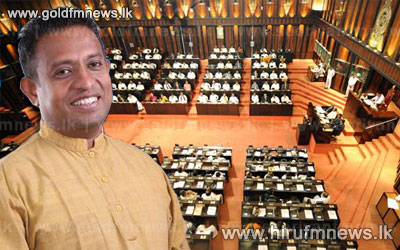 The Parliamentary Select Committee established to solve the national issue will convene for the first time tomorrow.

Speaking to our news team, the chairman of the PSC Minister Nimal Siripala De Silva stated that the PSC is scheduled to convene at the parliamentary complex at 3pm tomorrow.

This committee has been named the PSC to recommend political and constitutional steps to enable the Sri Lankan public to live as one race.

However, the UNP, the TNA and the JVP have not yet nominated the names of their respective representatives for the PSC.

The SLMC, which represents the government, has also stated that it will not take part in the PSC.

Hence the PSC will convene tomorrow without any opposition members.

Speaking at a press conference held in Colombo yesterday, TNA Parliamentarian M. Sumandiran expressed the following views as to why the TNA is not taking part in the PSC.