360 turns out of 370 cancelled; crucial discussion regarding train strike this afternoon. 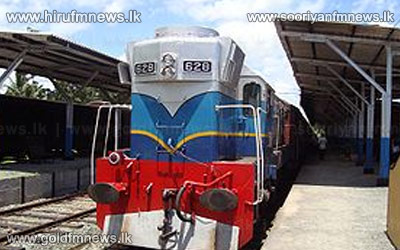 Chief Train Controller Gunapala Withanage stated that due to the 48 hour token strike launched by the Railway Employees, 360 out of the 370 railway turns has been cancelled and that trains are running in only a few places.

The strike was initiated at midnight last night by the Railway Graded Trade Union Collective based on several demands including salary anomalies.

Our regional correspondent stated that due to the strike the Samudra Devi and Sagarika trains were parked at the Galle station.

Meanwhile, a special discussion regarding the demands of the railway employees will be held this afternoon.

Speaking to our news team convener of the Railway Graded Trade Union Collective Janaka Fernando stated that the presidential secretary will be taking part in this discussion.