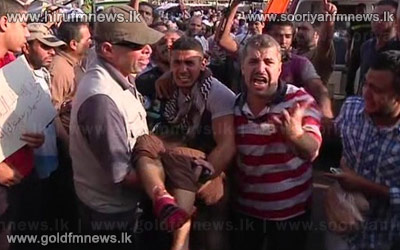 At least seven people have been killed after the army raided a sit-in staged by supporters of ousted President Mohammed Morsi in Cairo.

One eyewitness from the Muslim Brotherhood said the army used live ammunition to disperse the crowds in the eastern Nasr City district.

Dozens of people were injured and taken to a nearby makeshift hospital.

Morsi, Egypt's first Islamist president, was removed by the army last week after mass protests against him.