Discussion with bus owners ends without agreement; instructions from President to IGP to stop ransom. 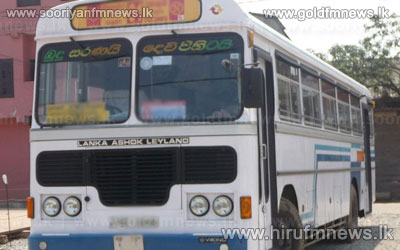 The Lanka Private Bus Companies’ Federation said that the special discussion held last afternoon between Bus Unions and President Mahinda Rajapaksa with regard to the annual bus fare revision ended without an agreement.

Lanka Private Bus Companies’ Federation general secretary Anjana Priyanjith explained to our news team about the decisions taken at the discussion as follows:

Lanka Private Bus Owners’ association representatives did not participate in the discussion.

However Lanka Private Bus Owners’ association chairman Gamunu Wijeratna said that if a 10 per cent bus fare increase revision is not given within the next four days an island-wide strike would be resorted to.

While agreement was expressed at the discussion held yesterday between the President and the Bus Unions for providing much relief to bus owners, Private Bus Transport Minister C. B. Ratnaayaka said that the President gave instructions for taking steps to stop within a month obtaining of ransom from buses.