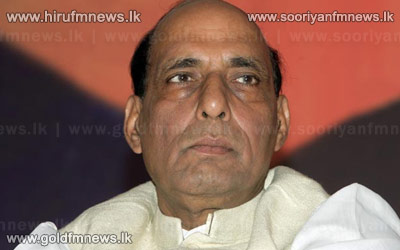 As the Bharatiya Janata Party prepares to train its guns on its former ally and Bihar Chief Minister Nitish Kumar for his failure in preventing a terror attack, party president Rajnath Singh and senior party leader Arun Jaitley will visit the Mahabodhi temple in Bodh Gaya today.

A series of bomb blasts ripped through the holy site on Sunday morning in which two Buddhist monks were injured.

Nitish Kumar yesterday trashed the BJP claim that his government had failed to prevent the Bodh Gaya blasts as it was left weakened by the BJP's exit from the coalition last month.