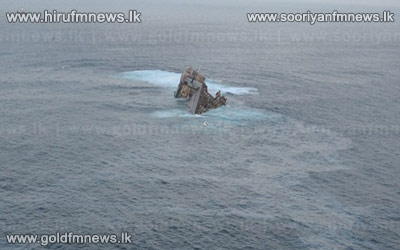 The European Union Naval Force said a hijacked Malaysian-flagged ship that pirates have held off the coast of Somalia since November 2010 sank in rough seas, and a pirate commander said the ship had faced mechanical problems.

A Reuters report said that at least four foreign crew members and seven Somali pirates died when the cargo ship that the pirates were holding to ransom off the Somali coast sank, and 13 others were missing.

The ship had 23 crew from Pakistan, India , Sri Lanka and Iran when it was seized.

The MV Albedo was en route to Mombasa, Kenya from Jebel Ali, Dubai when she and her crew of 23 sailors, including 6 Sri lankans were captured 900 nautical miles east of Mogadishu, Somalia, on November 26th, 2010.

The European Union Naval Force said in a statement that the whereabouts of 15 crew members aboard the MV Albedo had not been confirmed.