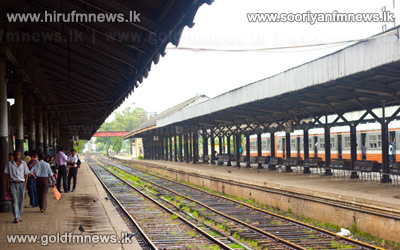 Railway transport was disrupted today too due to the strike launched by the Federation of Railway Graded Officers Unions yesterday.

Superintendent of Railway Transport L.A.R. Rathnayake said that the department was able to run only 15 train frequencies this morning.

However a discussion is going on between the Transport Minister and the Union Federation by now to settle the Union demands including salary anomalies.

Before the discussions were started, President of the Train Controllers Union Lal Ariyarathna told our news team that if the matter is not solved during the discussion, the strike would continue tomorrow as well.