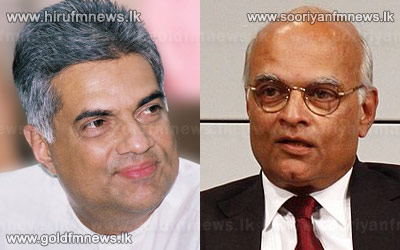 The Indian National Security Advisor Shivshankar Menon who is on a tour or Sri Lanka met with opposition leader Ranil Wickramasinghe this morning.

Reports state that discussions between the two parties centred on the 13th amendment and the Northern Provincial Council election.

The opposition leader has also updated the Indian Security Advisor regarding the letter presented to the president which included several steps that need to be taken prior to the election in the North.

Furthermore the opposition leader has also stated that the government has not yet responded to the recommendations made by the opposition.

The Indian National Security Advisor Shivshankar Menon is scheduled to meet with representatives of the Sri Lanka Muslim Congress this afternoon.