US, Europe warn Egypt over violence 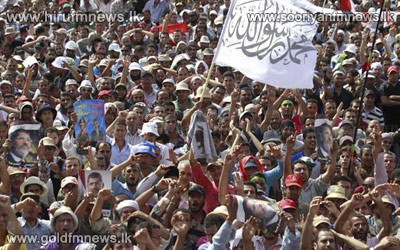 The United States and the European Union condemned violence in Egypt and called for utmost restraint after the killing of dozens of supporters of the ousted Islamist president.

Washington called for Egypt's military, which last week removed president Mohamed Morsi, to exercise "maximum restraint" after more than 50 of his loyalists were killed.

The Muslim Brotherhood, to which Morsi belongs, called for an "uprising" following the killings.

He said Washington had not yet determined whether the military's ouster of Morsi last week was a coup, as the Brotherhood claims, or part of a popular revolt against a failed government, as supporters insist.