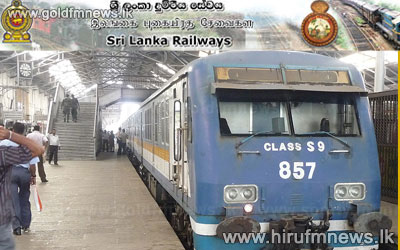 At a moment when train services are completely crippled due to a strike by the Railway employees, private bus owners are gearing up for a strike from midnight tomorrow.

The token strike initiated by the Railway Graded Trade Union Collective based on several demands including salary discrepancies concluded this evening.

However, due to the token strike train services were crippled once again today and only 15 turns were possible in the morning.

However, a discussion took place between the Minister of Transport and Railway Trade Unions this afternoon regarding the strike.

Subsequent to the discussion, the strike was called off by trade unions once written assurance was given by the ministry secretary that their issues will be resolved.

Convener of the Railway Graded Trade Union Collective Jaanaka Fernando made the following statement in this regard.

Speaking further he stated that the strike will be initiated in protest of the proposed increased in bus fare not taking place on the 1st of July as promised.

Upon inquiry by our news team the secretary of the All Island Private Bus Owners Association Federation stated that the decision regarding whether the federation will take part in the strike or not will be decided tomorrow.