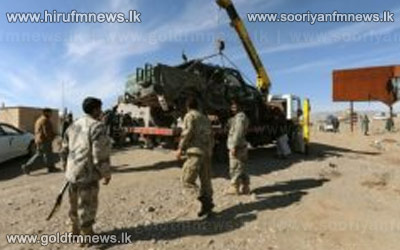 At least 17 people including women and children have been killed by a roadside bomb in western Afghanistan.

Ten of the dead were members of the same family.

Police told that the bomb in Herat province had been placed near a trailer being pulled by a motorcycle to transport civilians.

They said the Taliban had apparently planted the bomb in an attempt to kill Afghan troops.

Instead, the device went off next to the makeshift vehicle.