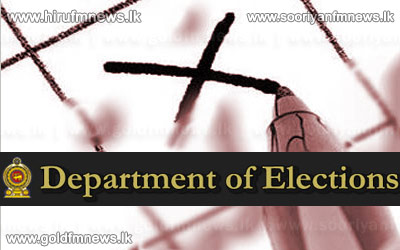 The Gazette notice calling for nominations regarding the Northern, Central and North Western Provincial Council Elections is scheduled to be issued either today or tomorrow.

A senior spokesperson of the elections secretariat stated that if the gazette notice is issued today the nomination will be called from the 24th to the 31st of this month.

If the gazette notice is issued tomorrow, nominations will be called from the 25th of this month till the 1st of August.

The elections commissioner has already stated that the election will be held on either the 21st or 28th of September.

Deputy elections commissioner M. M. Mohammed stated that a census of the applications is currently being carried out.

More than 7000 individuals have applied for registration as internally displaced voters.