Religion is existent at present because of women; Premier 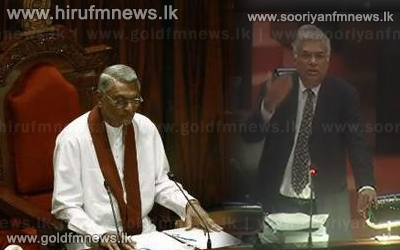 The Guild of Female Members of Parliament convened at the parliamentary complex today under the patronage of the chairwoman of the guild MP Sumedha G. Jayasena.

Speaking at the meeting, opposition leader Ranil Wickramasinghe stated that a Women’s Chamber should be established at National Level to observe women’s affairs.

Speaker Chamal Rajapakse made the following statement while speaking at the meeting.

Premier D. M. Jayarathne stated that religion is existent in present because of women.

The prime minister finished his oration by quoting a poem which he compared to women.