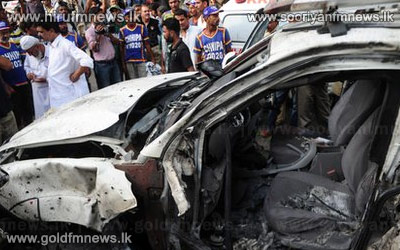 The chief security officer of Pakistani President Asif Ali Zardari has been killed in a bomb attack in the port city of Karachi.

Bilal Shaikh and two other aides died in the blast, which took place near an office of Zardari's Pakistan People's Party.

Several more people are reported to have been wounded in the explosion.

An active member of the PPP, Sheikh was responsible for the safety of Zardari's son, Bilawal Bhutto Zardari.

Sheikh had survived an assassination attempt near his home in Karachi about a year ago.