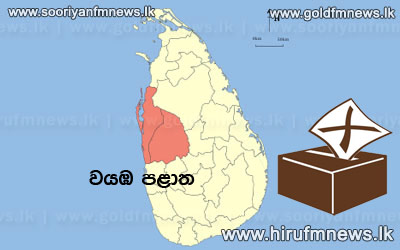 Teachers of the North Western Province have decided to boycott election duties if nomination is given to the former Provincial Councilor who forced a teacher at Navagattegama Navodya Maha Vidyalaya to kneel down.

Suspected PC member Ananda Sarath Kumara was given bail recently and his application for candidacy at the forthcoming PC election has been accepted by the SLFP nomination board.

Ananda Sarath Kumara told our news team that the SLFP nomination board has called him for an interview in the next few days.

General Secretary of the Lanka Teachers Association Joseph Starlin said that apart from boycotting election duties, his memberships will organized island wide protests if the former PC member is given nomination.

Meanwhile, during the media briefing held in Colombo today to inform the Cabinet decisions, journalists asked Minister Keheliya Rambukwella whether the SLFP wants to give nominations to the local government members who are already accused of various offences.

The journalists also asked the Minister whether the SLFP wants to give nomination to the accused former PC member.

This is how Minister Keheliya Rambukwella responded to that question by the media.

Our news team asked Ananda Sarath Kumara of his future plan in the event his application is rejected by the nomination board.