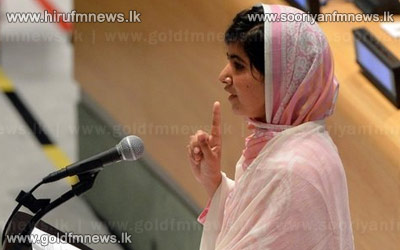 Malala Yousafzai, the Pakistani girl shot by the Taliban, has told the UN that books and pens scare extremists, as she urged education for all.

Speaking on her 16th birthday, Malala said efforts to silence her had failed.

She was shot in the head on a school bus by Taliban gunmen because of her campaign for girls' rights.

The speech at the UN headquarters in New York was her first public address since last October's incident in Pakistan's north-western Swat valley.

Malala has been credited with bringing the issue of women's education to global attention. A quarter of young women around the world have not completed primary school.