Over 200 dead or missing in China rain and landslides 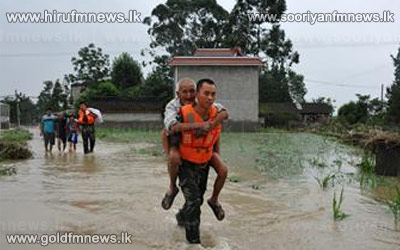 Torrential rain and landslides in China have left more than 200 people dead or missing in recent days, as the country braced Friday for an approaching typhoon.

Landslides and floods in Sichuan province in the southwest had killed 31 people by Thursday, with 166 more missing.

More than two million people had been affected in the region.

President Xi Jinping has called on the authorities to "spare no efforts" in searching for people left missing in the landslides.