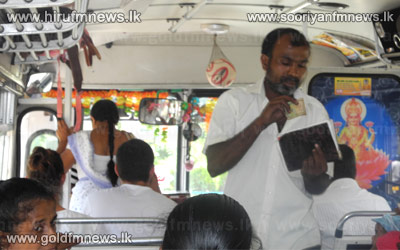 Minister of Private Transport C B Ratnayake says that a final decision regarding the bus fare amendment will be made next week.

Speaking at an event that was held today in Colombo the Minister stated that a Tri Party Committee comprising passengers, bus owners and transport officials will be appointed to look in to the matter.