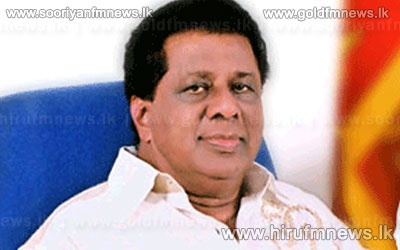 Deputy Minister of Fisheries Sarath Kumara Gunarathne says that Pro LTTE groups are engaged in a conspiracy to create a conflict between India and Sri Lanka using the fishermens issue.

The Deputy Minister expressed these views when we inquired from him regarding the incident where Tamilnadu fishermen had assaulted Sri Lankan fishermen yesterday.

Sri Lankan fishermen alleged that Indian fishermen assaulted them and even caused harm to their fishing equipment.

However, Navy Spokesperson Commander Kosala Warnakulasuriya stated that although two vessels were dispatched to the scene at the time of the incident, no turbulent situation was witnessed when they reached the scene.

We further inquired from Deputy Minister of Fisheries Sarath Kumara Gunarathne regarding assaults by Indian fishermen on local fishermen.