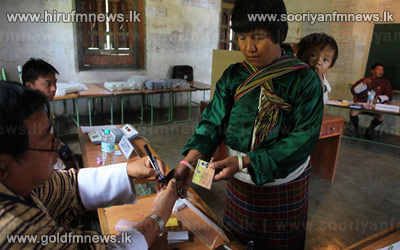 The PDP had won 30 seats in the vote for parliament while the ruling Druk Phuensum Tshogpa or Peace and Prosperity Party (DPT) had snared just 12 seats according to the website of Bhutan's national newspaper Kuensel, as of 8:00pm local time (1400 GMT) on Saturday.

The winning party needed 24 out of 47 seats up for grabs to form the next government in the Himalayan nation, according to the Kuensel website, after two other parties were knocked out in a primary voting round in May.

However, the Election Commission of Bhutan has yet to confirm the results.