Hela Urumaya speaks on the newest face of racist ideology 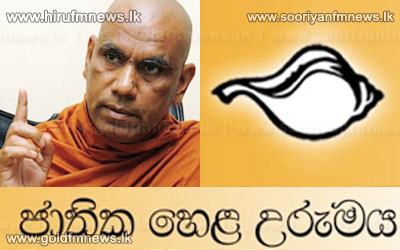 The Jathika Hela Urumaya requests political parties to only put forward candidates who have safeguarded their self respect for the forthcoming Provincial Council elections.

Speaking at the 10th anniversary summit of the JHU that was held in Maharagama yesterday, Party Leader Ven. Omalpe Sobhitha Thera stated that the JHU will not continue in politics by violating political ethics.

Meanwhile, JHU Parliamentarian Ven. Athuraliye Rathana Thera who also spoke at the event stated that Tamil extremism is now in effect in the form of a constitutional struggle.