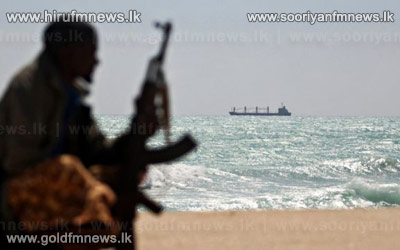 At least three, and perhaps all, of the 15-man crew of a merchant vessel that sank last week while being held by Somali pirates are alive.

The Albedo had more than 20 crew from several nations including Pakistan, Bangladesh, Sri Lanka and Iran on board when it was captured, but seven Pakistani sailors were released last August.

However, it is understood the sailors were transferred to another pirated vessel, a fishing boat and pirates on the boat are also in danger of sinking.

But in recent years, international naval patrols from China, Europe, United States and Russia have protected shipping and fought off pirate vessels, with the rate of attacks tumbling by 80 percent from 2011 to 2012.

While initially the crew were feared drowned, three have since been allowed to call their families, saying that 11 in total of the crew are alive, while four more are unaccounted for.

A wife of a Sri Lankan crew member held by pirates expressed these views.