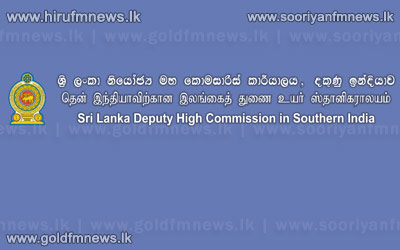 Security has been tightened at the Sri Lankan deputy high commission in Chennai after the officials there complained of receiving a threat letter a couple of days ago.

The officials yesterday submitted to Chennai police commissioner a post card containing a few lines warning that bombs would go off on the premises of the mission.

The letter also condemned the activities of the Sri Lankan government.

Security at the mission was being looked after by a wing called Security Chennai Police.

The letter has been forwarded to the cyber crime wing, while Indian police are making inquiries to find out who sent the letter.