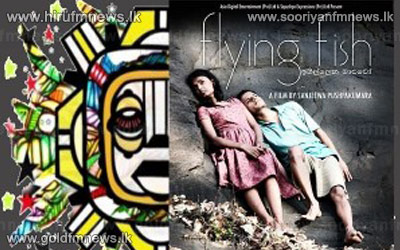 The Censor board has taken a decision to ban the French film festival that was held at the BMICH.

The decision was taken suspend the French Film Festival on “account of the contents of and the sentiments contained in the Sinhala Film “Flying Fish” which was screened on the 11th.

The film festival commenced on the 18th of June.

Board of Management of the Bandaranaike National Memorial Foundation expressed its apologies to the public and the security forces for screening the movie Flying fish and the communiqué further stated that it was screened based on the recommendations of the Censor board.

However, we inquired from the chairman of the Censor board Gamini Sumanasekara regarding the issue.

Speaking to our news team the chairman stated that the boared did not give the approval to the French embassy to screen the film.

However, Dr Sunimal Fernando has also gone to the BMICH to watch the movie Flying Fish and he expressed his views to our news team about the film.

Dr Sunimal Fernando also stated that the censor board had the ability not to approve the film Flying fish which was directed by Sanjeewa Pushpakumara to be screened at a film festival.

Any film is scrutinized by the censor board before screening.

However, we questioned from the chairman of the censor board whether they looked at the film flying fish before screening it at the film festival.