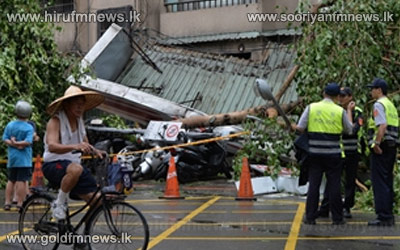 Typhoon Soulik was set to dump up to 18 centimetres of rain on eastern parts of China in just 24 hours, a day after the storm killed two when it battered Taiwan.

More than half a million people had been evacuated from Fujian and Zhejiang provinces as the typhoon approached, with 5,500 soldiers deployed to carry out relief work if needed.

While Soulik had earlier caused havoc in Taiwan, shredding roofs from homes, causing landslides that blocked roads and leading to the cancellation of 350 flights.