Netanyahu says may have to act before US on Iran 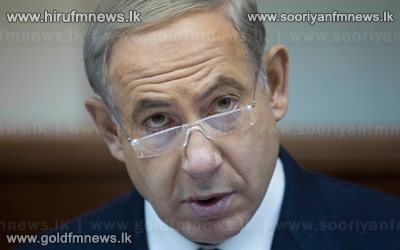 Israel's Prime Minister Benjamin Netanyahu warned that Iran is moving "closer and closer" to building a nuclear weapon and Israel may have to act before the United States does.

Netanyahu went on to say that Israel had a more narrow timetable than Washington, implying it may have to take unilateral action to halt Iran's controversial nuclear program.

Netanyahu said Tehran has been building "faster centrifuges that would enable them to jump the line, so to speak, at a much faster rate -- that is, within a few weeks."

Netanyahu said Iran's nuclear policies were unlikely to change under its next president, moderate cleric and former nuclear negotiator Hassan Rowhani, who will assume power on August 3rd.