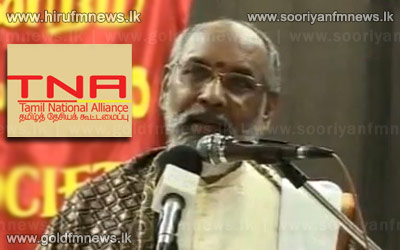 The crucial decision which was represented by all 5 allies of the TNA was taken at a lengthy discussion presided over by TNA leader R. Sampandan this morning.

Addressing a media briefing to announce the TNA Chief Ministerial Candidate, its leader R. Sampandan had this to say.

When questioned regarding his candidacy and the proposed changes to the 13th Amendment during a telephone conversation with our news team the TNA Chief Ministerial Candidate for the Northern Provincial Council election C.V. Wigneswaran had his to say.

Minister Wasudeva Nanayakkara explained about his relationship with C.V. Wigneswaran to our news team.