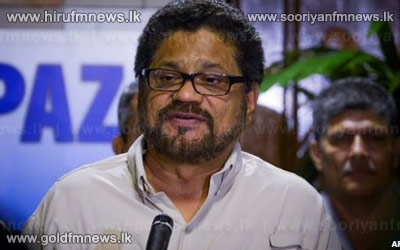 The chief peace negotiator for Colombia's Farc rebel group has said the armed conflict that has lasted more than five decades is nearing an end.

Ivan Marquez, who is taking part in talks with the Colombian government in Cuba, has called on left-wing parties and unions to join the effort to achieve peace.

The government wants a peace accord to be agreed by November.

But Marquez warned against rushing into a settlement.