Myanmar to free all political prisoners. 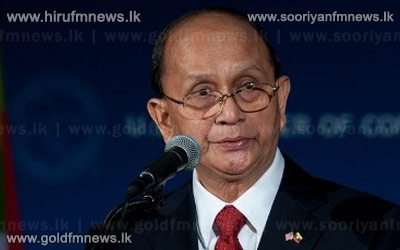 President Thein Sein says Myanmar will release all political prisoners "by the end of the year", during his first official visit to the UK.

The president made the remarks during a speech in London, after holding talks with Prime Minister David Cameron.

Up until then, it barely acknowledged the prisoners' existence.