7 people killed in Cairo due to clashes 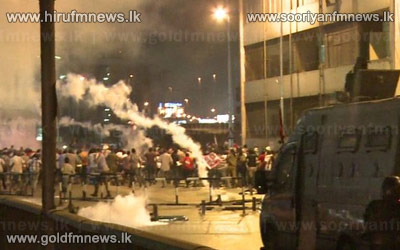 7 people have been killed in Cairo in overnight clashes between security forces and supporters of Egypt's ousted President Mohammed Morsi.

Police used tear gas to drive back protesters, some hurling rocks, who had blocked a main route in the capital.

The clashes came as a senior US envoy visited Egypt, saying it had been given a "second chance" at democracy.

Morsi was ousted on the 3rd of July in what many have said was a military coup.

The army says it was fulfilling the demands of the people after mass anti-Morsi protests.