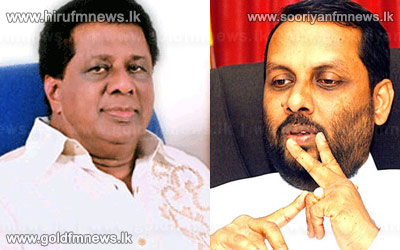 Subsequent to the report of the Committee appointed by the President to probe the cause of the devastation caused by the recent windstorm was released, the officers of the Meteorological Department were also cleared of the blame.

However Deputy Fisheries Minister Sarath Kumara Gunarathna made certain allegations against the outcome of the Committee report during a media conference held in Negombo yesterday.