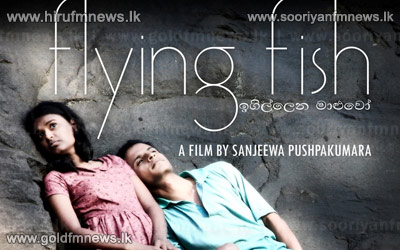 Director of the ‘Igilena Maluwo’ motion film Sanjeewa Pushpakumara states that only a few of his life experiences have been depicted in his latest creation.

However the control board of the French Film festival recently decided to suspend the screening of the film on the grounds that several scenes contained in the motion picture were detrimental to the countries security forces.

Meanwhile the Ministry of Defence has commenced a special investigation into the screening of the motion picture.

Director General of the Media Centre for National Security Lakshman Hulugalle when contacted had the following to say in this regard.

However the French Embassy in a special release states that explicit permission of the Public Performance Board was obtained prior to the films screening.

Sharing his views, director of the motion film ‘Igilena Maluwo’ Sanjeewa Pushpakumara commented on the films content and its screening.

In the wake of this incident the Public Performance Board has decided to pre-screen every submission being made to film festivals.

Chairman of the Public Performance Board Gamini Sumanasekara however noted that the PPB did not possess the required legal provisions for this purpose at present.