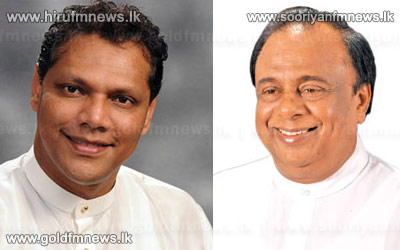 This situation comes in the wake of a decision drawn by the Sri Lanka freedom Party, where it was decided that party MP’s would not be permitted to run for the provincial polls under the party banner.

General Secretary of the SLFP Minster Maithreepala Sirisena addressing a gathering held in Negombo yesterday expressed the following views in this regard.

However Senior Minister S.B. Nawinna noted that he was ready to contest for the North West’s chief ministerial post.

Informed sources report that Minister S.B. Nawinna was ready to renounce his portfolio in order to contest for the chief ministerial post of the North Western Provincial council.

Minister S.B. Nawinna on two previous counts stepped down from his post and decided to run for the office of the North West’s chief minister.

Eventually his decision was subject to change based on a party decision.

Commenting on his decision Senior Minister S.B. Nawinna expressed the following views to our news team.

UNP MP Dayasiri Jayasekara was contacted by our news team this evening in a bid to ascertain the veracity of these speculations.