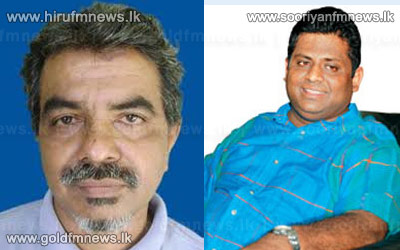 MP Arundika said yesterday that JVP MP Sunil Handunnetti too had told him that Journalist Prageeth Eknaeligoda was in Belgium.

That was when Prageeth Eknaeligoda case was taken up for hearing at the Homagama Magistrate Court.

Evidence with regard to the case had been called for from MP Arundika Fernando.

On this occasion the MP said that journalist Manjula Wedi-wardhana showed Eknaeligoda to him.

On this occasion when the lawyer of the petitioner questioned the MP further, the MP said that he informed about it to a top person concerned with the country’s security and power.

While the case was postponed till 21st instant, the Magistrate ordered MP Arundika Fernando to appear before court on that day too.

The attention of the society was focused on the disappearance of Prageeth Eknaeligoda with this statement by MP Arundika Fernando in parliament on June 5th.