A nurses union in a 24 hour token strike today. 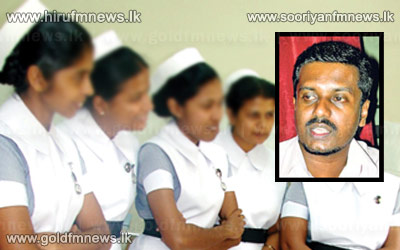 The Government Nursing Officers’ Union says that an island-wide 24-hour token strike will be launched from seven this morning based on 10 demands including promotions.

Union chairman Saman Ratnapriya expressing his views about the subject to our news team stated as follows:

However All Sri Lanka nursing union chairman S. B. Maediwatta said that they would not support this strike.

Meanwhile the Health Ministry had released a communiqué to the media with regard to this strike.

The communiqué says that even by now all steps have been taken to resolve nursing service problems.

The Health Ministry says in the communiqué that this groundless strike was being carried out for implementing hidden goals.