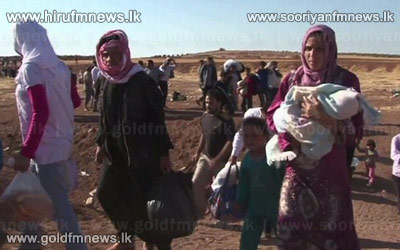 The conflict in Syria has caused the world's worst refugee crisis for 20 years, with an average of 6,000 people fleeing every day in 2013, the UN says.

UN refugee chief Antonio Guterres said refugee numbers had not risen "at such a frightening rate" since the 1994 genocide in Rwanda.

He was speaking to the UN Security Council, which also heard that 5,000 people are being killed each month.