Nominations should be given to provincial councilor who made teacher kneel; Government MP 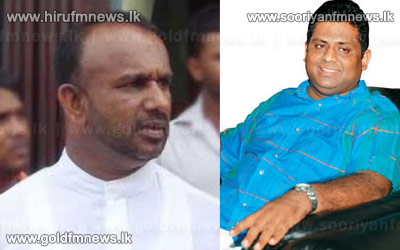 Puttlam District UPFA Parliamentarian Arundika Fernando states that Former North Western Provincial Councilor Ananda Sarath Kumara who is accused for forcing a teacher kneel, and is currently on bail should be permitted to submit nominations for the upcoming provincial polls.

Expressing his views to our news team Parliamentarian Arundika Fernando stated that until proven guilty by court Ananda Sarath Kumara remained only as a suspect.

However teacher service trade unions states that if the government decides to provide the accused with nominations they would abstain from poll duties in the North West.

Speaking afterwards to our news team he noted that he was hopeful of obtaining nominations from the party.

During the recent past several local government representatives were accused with numerous allegations.

General Secretary of the SLFP Minister Maithreepala Sirisena meanwhile addressing a function which was held in Polonnaruwa today expressed the following views with regards to the reprimands these government servants may face.