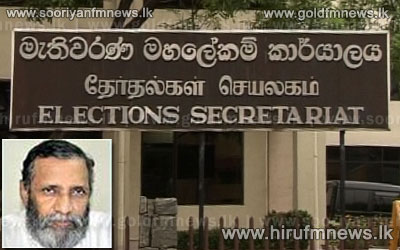 A special circular has been issued by elections commissioner Mahinda Deshapriya to the heads of all ministries, departments and corporations.

The circular states that during the time period the Northern, North Western, and Central provincial council elections are being held, state employee transfers, promotions and appointments should not take place.

The elections commissioner has also issued instructions to not utilize state property and vehicles for irregular election activities.

Meanwhile, the PAFFAREL organization has requested from all heads of state institutions and party secretaries to not use state property for irregular activities.

The executive director of PAFFAREL Rohana Hettiarachchi made the following statement in this regard.