Dayasiri to join the government; A minister reveals. 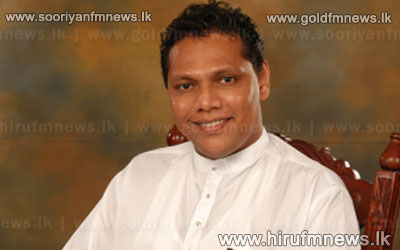 Hiru T. V. which is engaged in the great task of re-writing the Sri Lankan Television chronicle, began making its Hiru stamp in the country’s political forum last week.

While its second programme was telecast last night, this forum will be telecast from 10  p.m. to mid-night every Thursday.

The topic of the Hiru TV ‘Balaya’ political  programme telecast yesterday was “Prices of consumer goods and cost of living”.

Later during the program, Minister Aluthgamage and UNP MP Hareen Fernando contended over the rumor of UNP MP Dayasiri Jayasekera’s plan to defect.