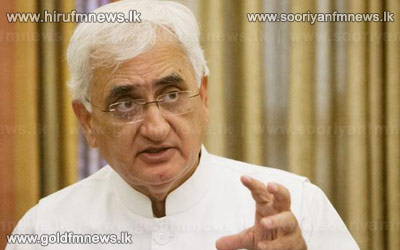 The Indian government states that its ties with Sri Lanka are strong and that it has no reason to be concerned over reports that Sri Lanka is having talks with Pakistan regarding a nuclear agreement.

The Indian External Affairs Minister Salman Khurshid had also stated that India is actively involved in the rehabilitation of Tamils in Sri Lanka.

Speaking further the Indian Minister had stated that the Indian government is collaborating with Sri Lanka in many areas and that he was confident of the relationships maintained with the countries of the region.