State service should be equal - states the President 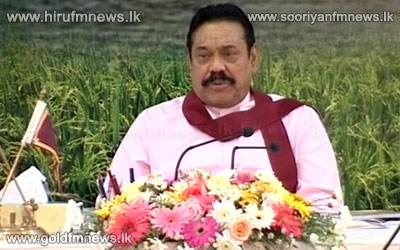 President Mahinda Rajapakse states that state service should be executed the same way in all regions.

President Rajapakse also stated that the same state service given in the South should be given to the North as well.

The president made these statements while taking part in the progress review meeting of the Ministry of Agriculture.

Speaking further the president stated that there are issues in how graduates who join state service are utilized.