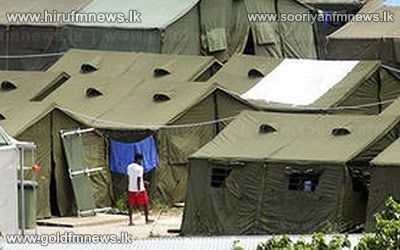 Buildings have been torched as hundreds of asylum-seekers escaped detention during riots at an Australian refugee facility on Nauru, following the unveiling of a hard line immigration policy, statement made by Australian Premier Kevin Rudd.

Australia announced on Friday that boatpeople will no longer be resettled in the country and any unauthorized arrivals will be sent to Papua New Guinea.

Nearly half of the center’s 500 asylum-seekers escaped and a number of buildings were set alight.

According to Australian media reports the riots began at 3pm, when asylum seekers staged a protest.

Authorities evacuated the centre at 4pm, and it is understood most of those involved are Sri Lankan Tamils.

Overnight about 60 detainees were arrested and taken to the Nauru prison following the Friday riots.

Early reports that a police officer had been stabbed appear to have been false.

A Department of Immigration spokeswoman stated that all the asylum seekers who escaped had been returned to the centre, and all staff had been accounted for.