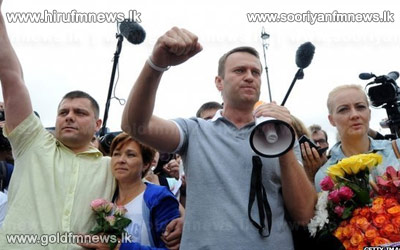 Russian opposition leader Alexei Navalny has told supporters he will fight and win the Moscow mayoral vote, after he was freed from jail pending an appeal against a five-year jail term.

He has returned to Moscow from Kirov, where a judge convicted him of embezzlement, in a case widely condemned as political.

The court ruled he could go back to Moscow until the appeal.