President says injustice done to the village has been eliminated 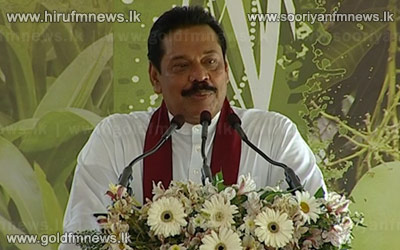 President Mahinda Rajapaksa says that the government’s development programme was able to eliminate the injustice faced by villagers across the country.

The President expressed these views at the event that was held yesterday for the opening of the first stream of water of the Rambaken-oya reservoir.

President Mahinda Rajapaksa also stated that the era has dawn where everyone should peacefully coexist.

The Rambaken-oya reservoir in Mahiyanganaya was constructed halfway during the era of King Saddhathissa which was 400 AD and was abandoned.

The reservoir is re constructed at a cost of 3,970 Million Rupees.