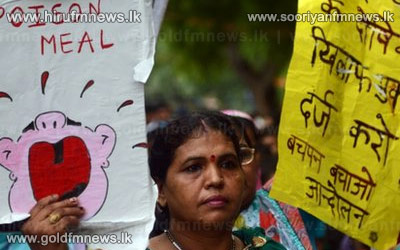 High levels of agricultural insecticide have been found in samples taken from tainted food blamed for the deaths of 23 schoolchildren in north-eastern India.

Forty-seven were taken ill after eating a free meal of rice and soya beans at a school in Bihar state on Tuesday.

Police said "very toxic" levels of the pesticide monocrotophos had been detected by scientific tests.

Vegetable oil used to prepare the food was revealed to be highly contaminated.